In what officials consider an absolute first at the Stratosphere hotel, a Ford F-150 pickup was intentionally rammed through the doors of the entrance to the Casino.

Spectators present at the Stratosphere Hotel and Casino Wednesday night said the truck was driven into the valet parking parallel to Las Vegas Boulevard and was immediately steered really hard to the side and powered through the casino entrance.

The premeditated incident smashed the front doors with a bang and the car did not stop until the driver hit the brakes and then climbed out of the truck as if nothing had happened.

No one really knows what caused the young male pickup driver to smash through the doors of the casino but witnesses say that he seemed to be very angry.  Hotel security delivered the driver to the Metro Police who will investigate the incident further.

Ryan Brown (40) told police he had been  on a illegal substance abuse cocktail for more than a week and actually planned to commit suicide by jumping off the observation deck of Stratosphere casios 1,149-foot tower which resemble the famous Space Needle in Seattle.

Others Are Reading These Now 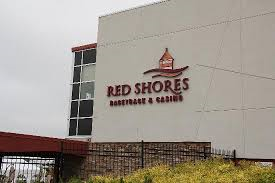